How To Be Healthy at Your Desk

When most of us devise a plan to lose weight and lead a healthier life, how we’re going to make adjustments at our work desk is an aspect that’s rarely given enough attention. But the reality is, we spend so much of our waking day sat at our desk, that overlooking how we’re going to make changes to your habits can harm your weight loss efforts and fail to produce the results we’re looking for.

But on the flip-side, if you conquer your desk, then you’re well on your way to achieving your goals. With that in mind, here are some powerful tips for being healthy at your desk

Get Up and Move Around

Your body is designed for movement; it works best when it’s made to do things and is energetically interacting with the world. Sitting at a desk for hours on end, on the other hand, isn’t good for you. Long periods of sitting down weaken your muscles and joints, is bad for your back and posture and increases your risk of heart disease, diabetes, and cancer.

I know that sounds pretty heavy, particularly as there’s no getting around the fact you have a job to do, but fortunately, the solution is pretty simple. Once an hour – get up and move around. Stand up, stretch your arms, touch your toes, arch your back – anything to get the blood flowing. It only has to be for a minute or so but it makes a huge difference.

Say ‘No’ to Free Food

We eat a lot of unhealthy snacks at work such as cakes, doughnuts, lollies, biscuits, etc, simply because they’re offered to us. You know what I’m talking about – those occasions when there’s a packet of cookies floating around the office and you’re in two minds about taking one, but in the end, you think ‘well, I might as well have one if they’re going around’. The next thing you know, you’ve had three of them and your hopes of being healthy that day have been dashed.

But as I found when I last worked in an office, the problem was that there was always something going around. Over time, it ended up going around my waist too. So recognising this, learn to say no most of the time. And when you do say yes, let it be for something truly delicious that you can enjoy guilt-free.

So if I’m taking away your treats, what are you supposed to eat instead? Replace your sugar and fat packed snacks with healthy options such as nuts, fruits, seeds, yoghurts, and rice cakes. These foods are full of differing amounts of protein, fibre, healthy fats, vitamins and minerals. Instead of causing your blood sugar, and energy levels, to fly all over the place, they’ll supply a steady amount of energy which will help you concentrate and be far more effective at work. They’ll also help aid any weight loss efforts, will allow you to maintain your ideal weight and are good for your long-term health. One of my favourite healthy snacks is sliced apple smothered in peanut butter.

Leave Your Desk for Lunch

Get out of the habit of eating lunch at your desk and leave the office during your break. For a start, this ties into my advice on moving around, but it’s also good for your mental health too. Leaving your desk at lunch gives your mind something else to focus on for a while and offers a clean break from your working environment. When you return to it, you’ll have more motivation and concentration, which more than makes up for the time spent away during lunch. Most fast eateries aren’t the healthy option and even if they are, you’ll soon be bored of them so the best option is to pack up a home prepped meal where you know exactly what’s in it. If you need a hand on how to meal prep join our Facebook Live where you get to cook along with us.

Many of us drink far too many cups of tea or coffee at our desk and not nearly enough water. Readdress this balance by making water your go-to drink instead of a caffeinated drink. Starting with a glass of water as soon as you get out of bed, drink 8 – 10 glasses of water a day – more if it’s an especially hot day. Buy a good 1 – 1.5-litre bottle for your desk and aim to have it finished by the time you go home. Drinking plenty of water allows you to think more clearly and maintain your concentration which prevents mistakes, overwhelm and unnecessary stress.

Caffeine, on the other hand, is a diuretic, which means that cause’s your body to lose water. It’s also a stimulant, which is why drinking too much can cause you to feel jittery and erratic. Over time, your body becomes less affected by it and you need more of it in order to feel the same effect. What’s more, the later in the day you consume it, the higher the chance it could affect your sleep at night.

This doesn’t mean you have up caffeine entirely – a strong coffee is one of my favourite morning rituals in fact. I just advise making the majority of the fluids you drink water, and try to consume it before midday to safeguard your sleep. There are other options that will help you power through your day.

Can the Soft Drinks

Soft drinks, particularly fizzy drinks and especially energy drinks, are one of the most dangerous parts of anyone’s diet. They are absolutely laden with sugar and as you’re drinking it instead of eating it, it’s so easy to consume spoonfuls and spoonfuls of empty calories without realizing. The diet or zero varieties aren’t any better as they substitute sugar for chemicals – which scientists still aren’t completely sure how they affect our bodies.

Such drinks should be consumed sparingly and one way to do that is to avoid them at work altogether. Enjoy a cold soft drink, again, guilt-free, in your own time instead. 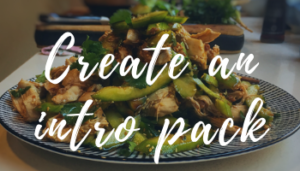